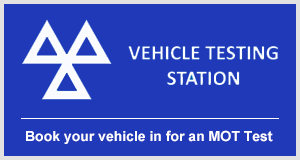 We have just built a fully functional purpose built spray shop on the side of our garage. Its fully equipped to take on any vehicle painting needs, including Accident damage repairs, Dent and Scratch repair, Wheel refurbishment.

The engine control unit (ECU) is basically a computer that controls how the engine works, a bit like a brain.

But the default settings – or maps – are not necessarily the best they could be, as manufacturers who sell their cars around the world have to take into account different climates, fuel qualities and laws when they program the software.

Car makers are also known deliberately to limit the performance of their cars through the ECU so they can release faster models at a later date, with just a few software changes and a much higher price tag.

Remapping is intended to make the most of your car by overwriting the ECU’s default settings with new software which can be programmed to enhance the car’s overall performance.

It usually takes between 30 minutes and an hour, and modern technology means it’s pretty straightforward.

Previously, the process was called ‘chipping’ and involved the removal of the main microchip from the ECU, which was then replaced with a modified chip. Lots of scope for strife in that process.

If the remapping is successful, you should notice an immediate improvement in the speed and power of your car.

The engine will also be more responsive, so it will be easier to overtake, for example. You might also find that you don’t have to change gear as frequently, boosting the number of miles.

Bear in mind, though, that some cars cannot be remapped, usually because they are too old. If you car was manufactured before 2000, you might have difficulty, but it all depends on the make and model of the vehicle.